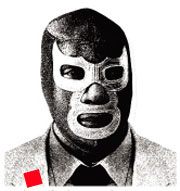 Franklin López is an anarchist filmmaker from occupied Borikén (Puerto Rico.) He has produced hundreds of videos and short films under the subMedia.tv banner, a website he has been curating since 2000. He is most well known for “It’s the end of the world as we know it and I feel fine” his snarky web news/comedy series followed by thousands. But his work also includes mash-ups, music videos and political documentaries. In 2011 Frank toured around the world with his feature film “END:CIV”, presenting it in over 150 venues in 18 countries. In 2013 he released “Street Politics 101”, a documentary about the street actions that took place during the Quebec student strike of 2012. Frank now resides in Montréal and you may view all his films free of charge at subMedia.tv.