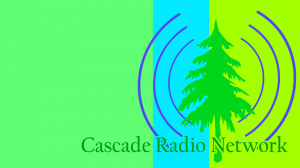 The Cascade Radio Network (CRN) is a community partnership between NAAME, Radio Tacoma, KBOO Community Radio, and individual participants.  The CRN will bring underrepresented voices from our region to the media and focus on issues of social justice, community building, and the environment. Our flagship show will be available to stations weekly and will feature content from producers throughout Cascadia. We will seek underwriting for the show and develop asks from major donors.  We aim to create and distribute content with depth and sincerity that will continually build in popularity.  The success of the network depends on developing partnerships and collaborations.

The first Cascade Radio Network Summit was a one-day event in Tacoma, WA in September 2016. The summit brought media producers together to exchange ideas, network, and support community radio and podcasting endeavors that are established or starting up in the Pacific Northwest.  NAAME organized the event in collaboration with Radio Tacoma.