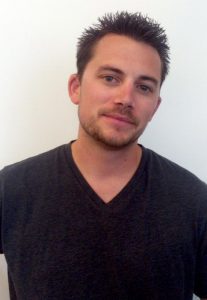 Nolan Higdon is a professor of Education and Latin American and US History in the San Francisco Bay Area. His academic work focuses on nationalism, propaganda, and critical media literacy education. He sits on the boards of the Media Freedom Foundation and ACME: Action Coalition For Media Education. He is an advisor for the Media Literacy and Digital Culture graduate program at Sacred Heart University. He has contributed chapters to Censored 2013, 2014, 2015, 2016, and 2017 as well as Stephen Lendman’s Ukraine: How the US Drive for Hegemony Risks World War III (2014). He has published articles on media and propaganda including “Disinfo Wars: Alex Jones War on Your Mind (2013),” “Millennial Media Revolution (2014),” and “Justice For Sale (2015).” He has been a guest on national radio and television programs and a frequent guest host for The Project Censored Radio Show.